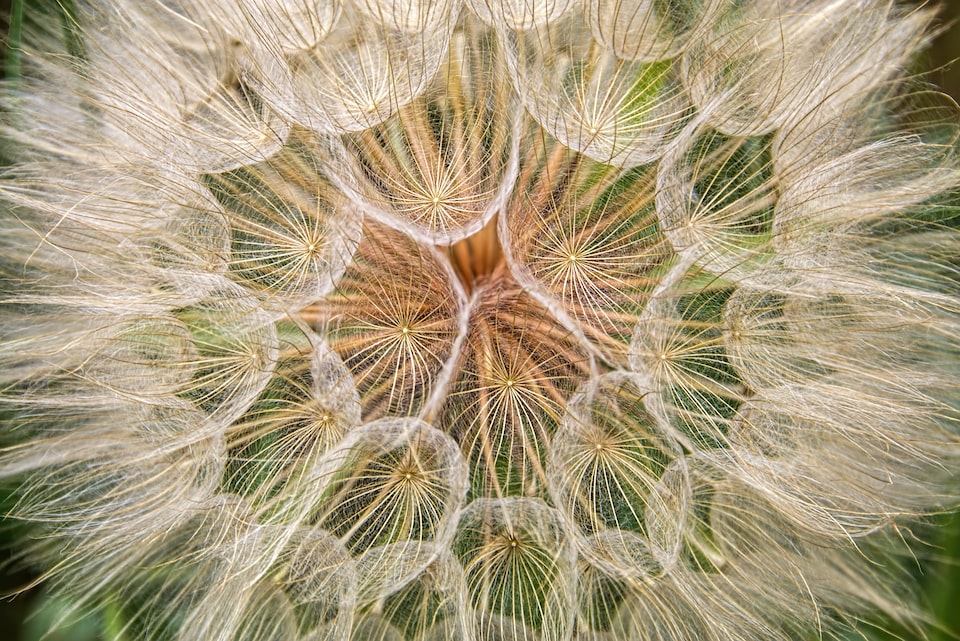 I didn't know shamans had man buns and goatees.

I was sitting on the floor of an apartment, on a cushion in a circle with three other people. A man who went by "the shaman" (but had the most basic Spanish name you could imagine), my fiancée and the shaman's younger blonde and blue-eyed assistant – who, it later turned out, was also his wife.

The room looked like your typical apartment room, built in the 90s when they used wooden floors that cracked when you walked on them, beige walls and high ceilings.

The walls were plastered with images of Aztec gods (or are these Mayans?), every interpretation of the Buddha, Yin Yang symbols and mandalas. There were gongs and different drums of Southern American nature I had never seen before. And a lot of books. Weird books. Books that seem to come with a lifetime subscription of healing crystals and essential oils.

We were here because this shaman invited us to be part of a "sacred, ancient ceremony", he explained with his thick accent. "The bufo will open up our spirit and help us be one with the universe. "

Bufo stands for Bufo alvarius, the Latin name of a toad native to Mexico and parts of the United States. This toad releases toxins through glands on its skin that could easily kill a small animal. But when dried, the poison evaporates and what remains is 5-MeO-DMT and bufotenin, both molecules classified as hallucinogens.

So yes, psychedelics. This sacred tradition the shaman referred to was smoking psychedelics. And how ancient is this tradition? The first time anyone recorded the practice of smoking toad toxin was in... the 1970s.

The shaman wanted to help us on this journey but first needed to know why. What did we need healing from? He took, in turn, our left hands in both of his "to feel what the heart will tell me". He started with my girlfriend, asked a few questions, talked about her relationship with her parents and seemed to guess quickly what the issue was. He spoke of her energy, what it was telling him, how it was beautiful but melancholic energy.

I wonder if my energy is beautiful. Do I have good energy? Wait, do I have sad energy?

He looked at me, saw the tattoos on the insides of both of my forearms. "What do they mean?" I showed him the left tattoo, "a vegvisir, an Icelandic symbol". He interrupted me: "Ah, yes, I felt your Viking ancestor speak to me!" Technically, my ancestors are Italian, so more gladiator than Viking? "And this?" I explained the second one, and all the others, too. He didn't seem to like them:

"The body is a sacred temple, and we have to treat it with respect." He let go of my hand, leaned back and put his hand on his belly that made him look more like a new-age version of Budai, the fat Buddha, than of a kale smoothie loving and quinoa bowl eating yoga instructor.

He went on, "our body is a source of energy, one with the universe. There are no cells in our bodies, and we are made of stardust that connects us to all creation." Well, yeah, we are composed of molecules composed of elements. And these have been created by stars, so you are technically correct? "We know everything we need to know already. Which is why diseases can't harm us." Sorry?

Then suddenly, he asked: "Are you vaccinated?" "Like in general or against Covid? Three times against Covid got the booster not even a week ago." My arm still hurt from the injection.

He seemed disappointed. "You see, the vaccine..." Oh, no! "... contains tiny micro-blades, which..." Wait, what? "... will get into your brain and cut up your neurons and destroy your inner eye." My fucking what now? "Because science doesn't want to heal us, it wants to control us by keeping us sick." What is he on? Well, I know what he is on, but what is he on?! I looked at the assistant-wife, who nodded and assured me: "Yes, it's dangerous. People died from the vaccine." From the vaccine? The Covid-vaccine?!

By then, I blanked. I saw his mouth moving, but I couldn't hear his words anymore. I had heard enough. I was ready to leave. All I needed was a sign from my fiancée. I'm done. Say the word, and we'll leave. Or cough, touch my hand, look at me, throw something at the shaman, throw something at me. Just do something, anything, please.

I glanced at her, faking a smile, though now I am not so sure if I didn't resemble Melpomene much more than Thalia. She was looking at the shaman, nodding. Wait, is she still listening? Does she freaking believe him?

(She was, in fact, not freaking believing him. She wasn't even listening but mastered the art of pretend-listen. So, we stayed.)

"We will start the preparation now; please follow my wife to do some breathwork to be calm and receptive for the energy".

But I never had any sort of enlightenment, any of the cognitive breakthroughs longtime practitioners can experience. No dissolution of the ego, no oneness with the universe, no non-duality of anything. Despite all my efforts, I had no such experience, ever.

This is why I wanted to turn to psychedelics and hallucinogens. According to my research, they are a shortcut to "enlightenment" for at least the duration of the effects. So that I know what to expect if I ever get there through meditation alone.

And this is why I went to the shaman. I wanted the shortcut.

The shaman with the Spanish name heated a glass pipe, started to sing, pray, hold the pipe in all kinds of directions and then handed it to my fiancée. He told her to inhale.

Barely a few seconds after, she zoned out. Her arms became heavy and dropped to her side, her mouth fell open, and the shaman helped her lay down. "Now, we will start a journey."

He continued singing in Spanish some of the time, and in a language I had never heard before some other time. My fiancée was lying peacefully on the floor, physically there but mentally not really.

He handed me the pipe, let me inhale and helped me lay down.

Ok, my turn. Any second now!

Bufo, or rather 5-MeO-DMT, is an intense but relatively short experience, and it peaks a minute after inhalation and can last up to around 30 minutes. Practitioners report out of body experiences, whiteouts, feelings of oneness with the universe, and strong open eye visuals. I was ready for all of that.

And waited some more.

But I felt nothing. I was lying on the floor, looking at the ceiling, listening to this guy singing, waiting for any experience whatsoever, but all I felt was awkwardness.

Something went wrong. Where did I fuck up? I don't know how to inhale smoke, maybe I messed it up? Mister Shaman, Sir, could I have some more? It's not that very comfortable lying here. I would like to be one with God, a god, any god. I mean, I'd even hug Zeus if he shows up.

Zeus didn't hear my thoughts, but apparently, the shaman did because he handed me the pipe again, and this time I inhaled as hard as I could.

And finally, I felt something. My body became heavy, my arms and legs felt limp. I wanted to move them to see if I still could, yet I didn't want to.

Soon I will finally know what it means to feel enlightenment, right? Right?!

Not right. The heaviness of the body is all I felt. My mind remained lucid throughout the whole experience, which was pretty boring. I have been lying on floors before, and this floor was nothing special. It was also very cold.

I didn't experience any psychoactive effects. I couldn't get into the mood, still shocked by the supposed micro-blades swimming through my body to cut up my head and turn it into mush because science wants to control me. Me! A random 30-year-old guy from Luxembourg!

After what felt like an eternity, the shaman and his wife helped us up and handed us a glass of water before teaching us how to drink that water sacredly. (Two hands on the glass, one on the bottom, to infuse it with energy or something, in two big gulps, and with the remaining few drops in the glass, you cleanse your body. No soap needed.)

I started laughing. So did Mister shaman and assistant-wife. I don't think we laughed for the same reason.

This was all too ridiculous. In search of enlightenment or whatever the fuck you want to call it, I ended up on the living room floor of anti-vaxxers and smoked something. I doubt any frog was ever involved in the whole procedure. (My girlfriend later told me she felt no psychoactive effects, either.)

We stood up. The shaman grabbed our hands again and told us how we had just experienced this sacred, holy journey together. How we are now closer to godhood, and one with the universe and on the path on healing and what else. He smiled and looked at his wife. She smiled, too. Then asked: